MaryAnn Bell
Mary Ann Bell was the second daughter and fourth child of William Peter Bell Sr and Kipikane Kihei. She was born January 9th 1850, in Niulii, N Kohala.
As previously mentioned, there is ample evidence that GW was actively inserting himself into the Bell property issues, probably prior to his marriage to Rebecca. Based on the birthplace records of Rebecca’s last four children, it is highly likely that he and the family were living on the Bell property as early as 1862. Since Lorenzo did not die until 1866, it is probable that Lorenzo and GW had a “falling out“ and that was why Lorenzo was trying to sell the ranch and also why GW was in Kehena.
This places GW in close proximity to Mary Ann as she was becoming a teenager and thus of a “marriageable age”.  GW and Mary Ann began a relationship as early as 1868, possibly sooner as there is no guarantee that their first known child (Lawrence b April 29, 1869) was her first pregnancy.
Mary Ann and GW had seven known children from 1869 to 1891. All have birthplace records that indicate that they were born on the Bell ranch. Further, it is probable that Mary Ann had additional pregnancies. At that time it was highly unlikely that all the children born to a mother would live to adulthood.
In 1885 Mary Ann and her sister in law became embroiled in a custody fight over Mary Ann’s  daughter, Kipikane “Mary”, who had been "hanai’d” to Mary Ann’s brother William.  When William passed away in 1883, his wife Waineenui wanted custody. The court record provides considerable data regarding the family members and their squabbles, including a pending suit re the Bell property and a statement that GW and Mary Ann were not married. The survival of several court records is of major importance in developing an understanding of the personal and family interrelationships unavailable from more traditional 19th century records.
Recently Mary Ann has been found in the 1890 Hawaiian Census. She was living with her younger brother John and his second wife Lepeka (Rebecca) and reported in the Puehuehu - Hawi section. She is listed as single; having had eleven children, six of whom were still living. Since her last known child (Kawai George) was not born until 1891, the total raises to twelve children, seven alive.
For the 1900 US Census, she was living in S Kohala with her son Lawrence.   She was not found in the 1910 US Census and neither was Lawrence. As of 1920, the US Census lists her as living in Kehena , N Kohala with her son Kawai.
In the 1930 US Census she was living in Kaauhuhu, N Kohala with her daughter, listed as Caroline J Bell, and her son, listed as Kawai Bell. She died July 10, 1933 in Hawi, N Kohala. 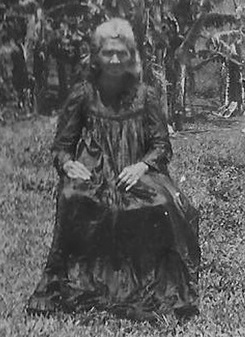 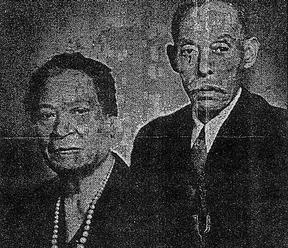 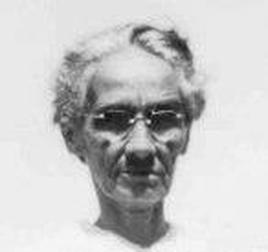