John Adams Lincoln
John Adams Lincoln was born March 4, 1841 in Keawewae, S Kohala.  When his father, Lorenzo, died in 1866, the Lincoln ranch was divided up amongst the four sons. Testimony in the 1896 divorce proceedings of GW and Rebecca, give evidence of the division (three of them got land, and one got livestock). When coupled with real estate records it seems that GW, James and William received the land and that John got the livestock. William and James sold their land (James to GW). John, with no land, moved to the Kehena area (the same area of the Bell family) of N Kohala and established his own ranch (called Kehena Ranch). It is reported that it was eventually sold to Alicia King in the 1970’s.
On June 7, 1859 John and Kaaiko Kaaipuua (of Kipi) were married in Kawaihae-uka.  They had one child - George John Lincoln. At this time, a family with a single child is unusual. Perhaps Kaaiko died as a result of childbirth. Regardless, son George had several children to continue this branch of the family.
About 1884, John married Kalau Kaulu.  The 1910 Census lists them as having been married for 15 years (with no children) and living in N Kohala.  John was also listed in the 1910 US Census. He died November 22, 1913 in Kehena. 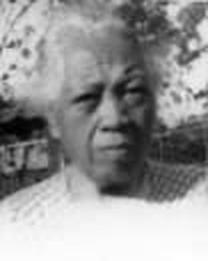