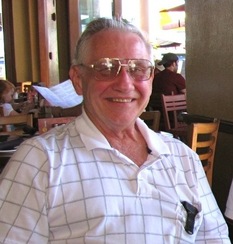 Albert J Clarke II
I was born April 28, 1939, in upstate New York, and spent fifty-one of my first fifty-six years behind or in front of a desk in a school building, before finally retiring in 1995. My involvement in the Lincoln saga began thirty years after my birth when I purchased the "Old Doc Lincoln" place in Wilton, NY (1969). Little did I know the consequences of that decision. Having a wife and three children, it seemed like a wise move at the time.  Details of this story are told in another  segment of this website - "The Doc Lincoln House of Wiltonville N.Y.". 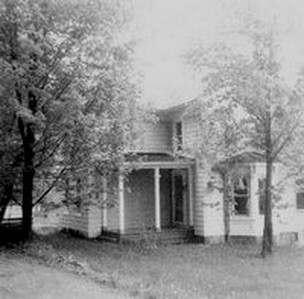 Doc Lincoln House
Source - Albert J Clarke II
Another thirty years passed before the story was activated and the saga actually began. A request for the house to be incorporated into the initial Wilton House Tour (in 2000) began what has become an extensive and time consuming commitment to learn about Dr. Harry Lincoln's relatives, both ancestors and family descendants. The open house tour initiated an immediate necessity to learn something about the man and his house. This experience infected me with the genealogy "bug". Since my brother was already researching the Clarke family history, it seemed perfectly natural to adopt the Lincoln family as my cure.
The past nineteen years have been spent relentlessly pursuing the history of Dr. Harry Lincoln's extended family (he left no personal descendants). In general, it is safe to estimate that nearly one thousand hours a year have been committed to my addiction.
Some of the more focused and extensive efforts include a week of research at the Mormon Library in Salt Lake City; a road trip to Taunton, Massachusetts and Togus, Maine and three visits to Hawaii for Lincoln family research (see below). The most intensive project, time wise, consisted of a comprehensive review of the Mormon microfilm collection relative to Hawaii. Between December 2008 and the spring of 2012, I made over 160 round trips (about eighty miles each Wednesday) to the local Mormon Family History Center to rent and review about four hundred microfilms containing Hawaiian records. Most of the material consisted of copies of official Hawaiian records and well recognized genealogical compilations such as the H K Lindsey files and the Cole-Jensen files.
In addition to this research, I must emphasize the dozens of serendipitous events that were absolutely crucial to this endeavor. Two examples that stand out are the directions of Rachel Clothier that led me to Mary Earls and dozens of old, one of a kind, newspaper clippings related to the Saratoga County Lincoln family, of major import for Volume I; the other event was the assistance of Rowena Lincoln that led to Lorenzo Lincoln's two letters - directly responsible for Volume II.
I have been fortunate to have made three visits to the Hawaiian Islands. The first in 2011, consisted of a very pleasant cruise, followed by five weeks of six day a week intensive research. Four weeks were focused on Honolulu's many resource agencies. A fifth week of research in the family home, the Big Island, was pleasantly hosted by Vernon Lincoln, Rowena's brother.
The second visit occurred in 2015, accompanied by my wife, Sheila, and sister-in-law, Nina Tethers. We attended the Lincoln Ohana Reunion in Kailua-Kona and had a fantastic time. After the reunion we spent a week in Honolulu, with the ladies enjoying the sights and me enjoying another chance to spend a week doing research.  The third visit was in 2017 to attend the second Lincoln Reunion, again at Kailua-Kona.

Further mention must be made of two more people who have been instrumental in the progress of this quest. First is the special acknowledgement of my wife Sheila. Not only has she tolerated my peculiarities, she has spent hours upon hours proof reading material trying to keep my writings in a legible state. 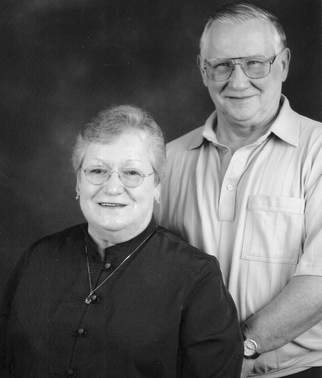 Al and Sheila Clarke
The other person, an equally important member of our trio is Suzanne DeVries, who has been with us for over ten years now and has become a close family friend. She has many rare talents. She understands where I am going. She has become a perfect counter point for ideas and planning and has become amazingly proficient in the actual genealogy. Most important is her computer skills. Without her talent, there would be no website and Volume I and Volume II would be sad shadows of what we have. 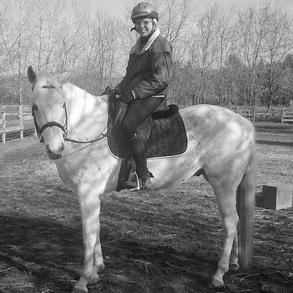 Suzanne DeVries and Bamboo
The Doc Lincoln House book is undergoing a fifth edit. Volume I was printed in 2008 and Volume II was printed in 2015 and in the past three years there has been considerable activity in regards to the database. New data from the extensive files (some 1150 pages) of Clayton Chee have been added, a project that took several months. In addition a large file from Jensen Apana has been incorporated as well (for more information about these two projects see the introduction to the Personal Ancestral File Database Index - Hawaiian Lincolns segment).
The largest task was the separation of the single database into two segments (see the Data Base Indexes Chapter). There now exists two separate databases; one for the Mainland Lincolns, which compliments Volume I, and another which is for the Hawaiian Lincolns and compliments Volume II. An overlap has been maintained to tie the two databases together.

Mahalo nui loa to all my Lincoln family friends, both new and old !
Contact Us
Home
Updated: 07/03/18