Introduction
This website is intended to introduce the reader to a brief synopsis of the saga of one branch of the Lincoln family in the United States. This Lincoln family saga has no known beginning or end. As a non-family member, I have inserted myself into that time line in the late 1990’s, with equal amounts of ignorance and curiosity.
Thanks to the Clarke family research by my brother Stephan, the non-Lincoln family relationship is no longer true. Edmund Perry (born in England) was the distant ancestor of Mary Ann Perry; second wife of Charles Lincoln. The families of Charles Lincoln and Mary Ann Perry were residents of Saratoga County in the 1800's. Charles Lincoln was an uncle to Lorenzo Lincoln and great uncle to Doc Lincoln. Stephan has identified Edmund Perry as member of the Clarke family and calculated that I am a 6th cousin 4 times removed. A pretty thin line!
Unbeknownst to me this project actually began with the purchase of the “Doc Lincoln House” in 1969. It did not manifest itself until some thirty years later in a manner described in the “The Doc Lincoln House” book mentioned below. Over the past twenty years plus, the task has grown into a genealogical obsession, with the good intention of assisting family members in telling some of the story. In a few years I will step aside and hopefully these efforts will have encouraged the family to continue the effort.
This part of the Lincoln story began over 400 years ago (ca 1600) and includes many highs and lows of what, in many ways could be considered to be a typical family, but is not. Three members traveled thousands of miles from home and family to start a new beginning. Three others shared a unique name and fought for their country in three of its early wars. One signed a “declaration of war” on May 1, 1776, several months before the more famous Declaration of Independence was endorsed.  One swore the Hippocratic Oath but became a convicted murderer. They lived all over our country, starting in Massachusetts and spreading to New England, New York, Washington State, California, Colorado, Washington D C,  Connecticut, Iowa, Oklahoma, Alaska, Hawaii and many other states. They were rich, famous, infamous, and destitute. They were pioneers, farmers, government dignitaries, soldiers, laborers, doctors, lawyers, sailors, worked at dozens of other occupations and were even very distantly related, by marriage, to General Douglas MacArthur, Winston Churchill and Franklin D Roosevelt as well as descendants of Hawaiian royalty (but, as everyone wants to know,  not to Abraham Lincoln). They were people struggling to do their best (or worst) to survive in the time and society that they knew.
And lest we forget, all of this was possible because of the mothers and wives who endured hardship, deprivation, inebriated spouses, excessive life threatening pregnancies, faced an early death and were often misused or abused. Unfortunately, this is a situation which still leaves room for improvement.

Thomas “the miller” Lincoln
1600 - 1683
Thomas was one of the famous eight Lincoln ‘infusions” into Hingham, Massachusetts during the Great Migration, ca 1620 - 1640. He arrived ca 1636. Four of these Lincolns had a given name of Thomas and thus the identification via the occupational label.  He moved to Taunton, Massachusetts ca 1645. There he established a mill and an extensive line of descendants, many of whom still reside in that area. Six generations later (Thomas “the Miller”; Thomas II; Thomas III; Jonathan; James and Nedabiah Sr.), brings us to the birth of Nedabiah Lincoln Sr.

Nedabiah Lincoln Sr.
1757 - 1834
Nedabiah Sr. was born October 25, 1758 in Taunton, MA. He was an impassioned revolutionary, and as expected, fought in the Revolutionary War. He fathered nine children. The eldest, Nedabiah II, fought in the War of 1812; and grandson Nedabiah III fought in the Civil War. In twenty years of extensive research, these are the only Lincolns found with the given name of Nedabiah (a definite aide to research). His second son, Henry, was sent to his uncle in Greenfield, Saratoga County New York ca 1795. This uncle was Timothy Hodges, his mother's brother. Thus began a sequence of events that resulted in three books and this website. Henry prospered and most of the rest of the family left Massachusetts and moved to Greenfield as well, ca 1818. Three of the eldest, and already married, children remained in Massachusetts. Nedabiah and his wife (Sarah “Sally” Hodges) died in Greenfield and are buried in the Lincoln Eddy Cemetery, near the author’s residence. Nedabiah Lincoln Sr. is the featured family member in the author’s second publication – Ancestors and Descendants of Nedabiah Lincoln Sr. Taunton, Massachusetts October 25, 1758 Greenfield, New York May 6, 1834 Volume I; published in 2008. 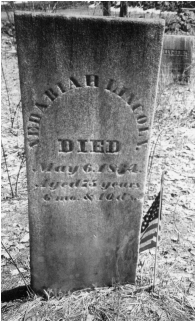 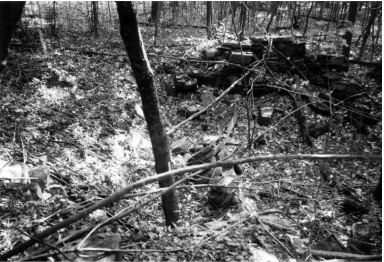 Nedabiah and Williams Lincoln homesite
Lincoln Mt, Greenfield, NY
source - Albert J Clarke II
Dr. Harry Martin Lincoln
1859 - 1937
Dr. Lincoln was the great-grandson of Nedabiah Sr. In 1898 he built a late Victorian house in Wilton, New York, only a few miles from the many Lincoln residences on Lincoln Mountain, just over the town line in Greenfield. The author purchased the residence in 1969 and has resided there ever since. This story lay dormant for over thirty years. In 2000, a series of events began which resulted in my spending over twenty years (so far) studying the lineage of this branch of the Lincoln family. Doc Lincoln’s tragic story is told in the author’s first publication The Doc Lincoln House Wiltonville, New York. First written in 2000-01, this 60+ page booklet has been edited several times and the current version of The Doc Lincoln House Book appears on this website as a downloadable PDF version. 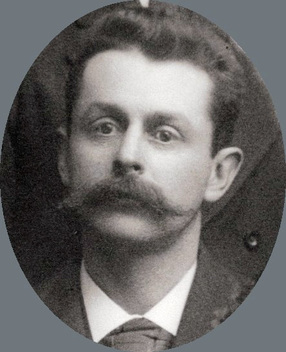 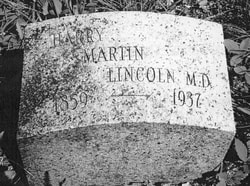 Many serendipitous events are responsible for much of the content of the three documents, written by this author, and one is totally responsible for the existence of Volume II (see Lorenzo Lincoln for details involving Rowena Lincoln). Lorenzo Lincoln was a grandson of Nedabiah Sr. and almost exactly 200 years after Thomas “the miller” started a new life on a new shore.  Lorenzo started his new life on the Sandwich Islands (Hawaii). The existence of this branch of the family was discovered before the publishing of the book about Nedabiah Sr.; hence Nedabiah's book came to be labeled Volume I, as a Volume II was already being planned. Ancestors and Descendants of Nedabiah Lincoln Sr. Volume II The Lincolns of Hawaii was printed February 2015 and is available for purchase.