Other Early Lincoln Settlers in Hawaii
At the beginning of the Hawaiian Lincoln research, this George Lincoln was briefly confused with Lorenzo Lincoln's son George Washington (GW) as both could be identified as G W Lincoln (this identity confusion is clearly present in Ruth Tabrah's book "Hawaii's Incredible Anna", as well as in other records.) The difference was quickly established by descendant Lawrence Roberts, who has provided considerable data about this family. George Walter was about 8 years older than G W and arrived in Hawaii December 16, 1876.
He and his wife became involved in real estate deals. He worked as a contractor on both Oahu and Maui. The first child was born on Maui, the next two in Honolulu and the last on Molokai. At one point, he was the owner of the Lincoln block on S King St. Unfortunately he became over extended and had to go through bankruptcy proceedings. In spite of having two sons, there are no known grandchildren with the Lincoln surname. 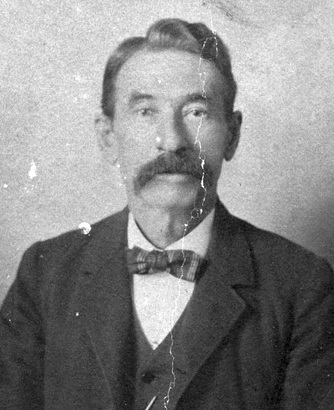 George Walter Lincoln
Source - Lawrence Roberts
Lyman is the other known Lincoln who established a long term family presence in Hawaii prior to the 20th century. He was some thirty years younger than George Walter Lincoln and arrived in Hawaii about 1890. He has many descendants currently living in Hawaii. Much of the data that I have about this family comes from a well-respected Hawaiian genealogist; Richard Dennis Souther (deceased). 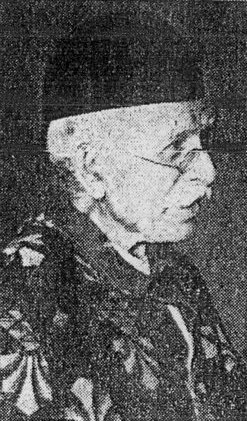