Warren Lincoln - Joseph DNA
While researching Nedabiah Lincoln Sr.’s family, Warren was identified as Nedabiah’s youngest son. He was born ca 1803 in Massachusetts, probably Taunton but possibly Norton. At about age 15 (ca 1818) he was one of the several family members, including his mother, father and some siblings, who moved from Norton, Bristol County, Massachusetts to the Town of Greenfield, Saratoga County, New York.  His older brother Henry had become a very successful Greenfield farmer and these family members hoped to share the success.
A study of New York State and Federal census records and other sources, finds no record of Warren ever living by himself or being married. Where he appears, by name or inference, he is living with his parents or older sibling Williams.
One of the pension papers in his father's files contains a very interesting statement to the effect that; While of great comfort, (Warren) is naturally feeble and of little help (paraphrased). I developed a theory that involved that statement, his living at home, no sign of marriage and a birth when his mother was 47 years of age. The theory was that Warren had Downs Syndrome.  Warren died at a relatively young age, some time between 1855 and 1860, another trait common to that condition. No burial place has been identified.
At about the same time, in my research, I became aware of a mystery Lincoln (Joseph) who could not be accounted for.  Census information stated he was born in Saratoga County about 1824 and that as an adult he was living in close proximity to Nedabiah’s family. Before, and for sometime after, Joseph’s birth, Nedabiah’s family was the only Lincoln family in Saratoga County, so it seemed reasonable that he was a member also. Analysis did not confirm this hypothesis. Nedabiah Sr. was too old to be the father. Nedabiah had six sons: Nedabiah II had remained in Massachusetts. Henry had nine children and all were identified. George had seven children and they were all identified. Charles had seven and they too were all identified. Williams married too late to have children and there was no evidence that Warren had ever married. The mystery remained.
Then another one of the many serendipitous events occurred. My brother alerted me to a free trial newspaper search; shortly after that I had the answer. I found an advertisement in the June 17, 1824 Saratoga Sentinel Newspaper in which Warren announced he was no longer responsible for the bills of his wife Laura as she had left him! Now we have a marriage and at a date that fits with Joseph’s probable birth date, BUT all this is circumstantial.
The next stroke of luck centered on a genealogy friend whose family was related to Joseph’s wife – Zilpha Jane Clothier.  Rachel Clothier had family records that indicated that the family had moved west to Spokane, Washington and identified some of the descendants. She even had some family photographs!
With some more luck, I was able to locate a Roderick Lincoln who was a descendant of Joseph. He very willingly related his knowledge of the family and I was able to provide some information that he did not know. However, we still did not have enough proof that Joseph was the son of Warren. The use of a DNA test seemed made to answer for the situation. With baited breath, I made my proposal to Rod and he quickly agreed. Now whom do we match to? Another friend quickly answered that question, Tom Lincoln. Tom was a very logical choice as he is a proven descendant of Charles, Warren’s brother.  For good measure we added Vernon Lincoln to the tests. He is a proven descendant of  Nedabiah II another of Warren’s brothers. Vernon represents the very large Hawaiian contingent of Lincolns who descend from Nedabiah II's oldest son Lorenzo.
It took some time for all three samples to get to the test agency and then the clock dragged along forever – actually it was several weeks before the first result was reported. I had been advised to check at the 37 marker level for reliable results and the first results were reported at the 12 marker level. More time passed and the 25 marker reports came in followed by emails of test delays, more testing and time dragged on. The final results showed that Tom and Rod were exact matches at the 37 marker level! This, added to the circumstantial evidence, was sufficient for me to be convinced that Joseph was indeed the son of Warren. Vernon’s test results were a 36 of 37 match to both Rod and Tom. I have been advised that a one marker deviation is not significant – especially in this case when the descendancy can be proven by traditional methods.
Many people have gone out of their way to help me with this genealogy and these three gentlemen are an example of the many people to whom I owe a very large thank you. 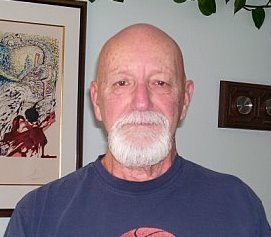 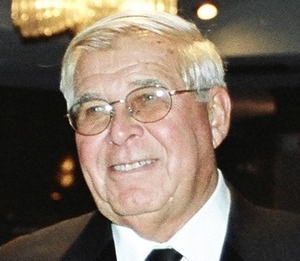 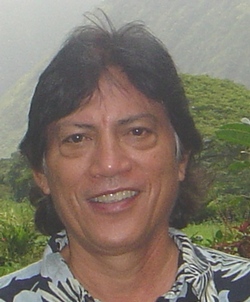